My Spirit Awakening » Mystical & Magical » My Cat, The Energy Therapist

Our best teachers often come in ways in which we least expect them. Three months ago, I rescued a stray kitten who turned my life (and my house) into pure chaos and yet healed me in ways I never could have imagined. I’ve been tested to my limits, had a spotlight blasted towards my deepest fears and weaknesses and, in the end, have truly been shown what unconditional love feels like.

My Cat, The Energy Therapist

To give you a little backstory, this kitten would bounce off the walls 24/7 and attack me every single day. He would lunge onto my leg, arm, neck (you name it) and latch on with his teeth and claws — many times drawing blood.

It seemed like he was never content and had a lot of trauma as a very young kitten. I was losing my mind and I went back and forth about whether it was a good idea for me to rehome him somewhere with other kittens for him to play with, yet I was so torn because he could also be really sweet and we had a definite connection.

Dark Night of the Soul

During this time, I went to a week long meditation retreat led by Dr. Joe Dispenza and all of this coincided with what I would call a dark night of the soul. My outer world was falling apart and deep, dark past emotions were being brought to surface — stuff that I thought I had dealt with many times before.

I felt more angry and frustrated than I ever have in my life. Throughout all of this, I kept meditating and focused on keeping my heart open. Dr. Joe Dispenza teaches a form of walking meditation where you imagine walking into your future and becoming your future self. I did this every single morning at the beach. 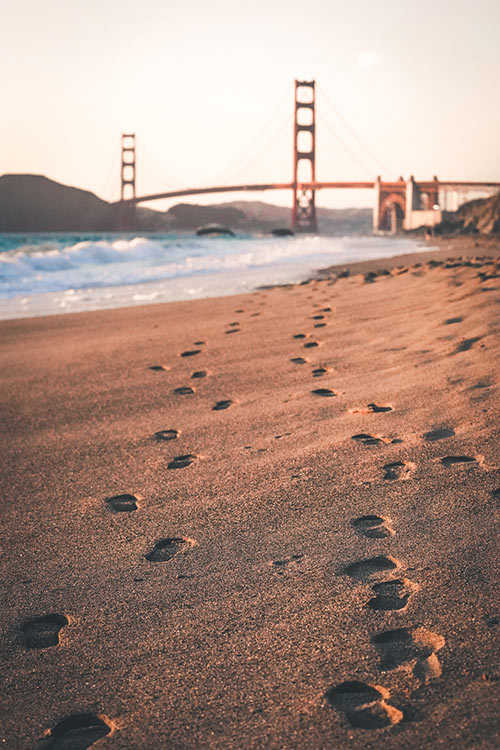 Some days I was literally dragging my body there. I would start the meditation feeling so much anger and hurt. Through Dr. Joe’s work, I became acutely aware that this reaction to my current life circumstance was just a program I had been running for many years. In difficult situations, my program had been to shut down and close my heart; to feel like the victim of my circumstances. This was a defense mechanism that I had learned in early childhood, as many of us do, but I had made a decision to stop firing and wiring the same neural networks in my brain and change the pattern.

At the retreat, I had learned how to keep my heart open in a challenging situation and this was now my opportunity to put this into practice in my real life.

During my walking meditations, I kept imagining that I was crossing a river of change. My body wanted to go back to the old familiar self, but I knew this was my edge and I needed to keep pushing past the discomfort. I knew I would eventually cross that river.

One day, out of the blue, I found an energy healer online. I felt like I had come up against a lot of resistance within my body and I wanted to see if an energy healer could help me clear some of the stuck energy I had been experiencing.

The first thing she said to me was that my cat was just mirroring my energy. I was not completely blind to this, but hearing someone else say it confirmed it for me. I had an energy clearing session with her and I then I spent the next two days releasing  old emotions through intense breathwork (at a workshop that I had booked months earlier).

I came home to a completely different cat. He no longer attacked me. He was SO calm and relaxed! This was a huge eye-opening experience for me — to know that I could change my external world just by changing my internal world. 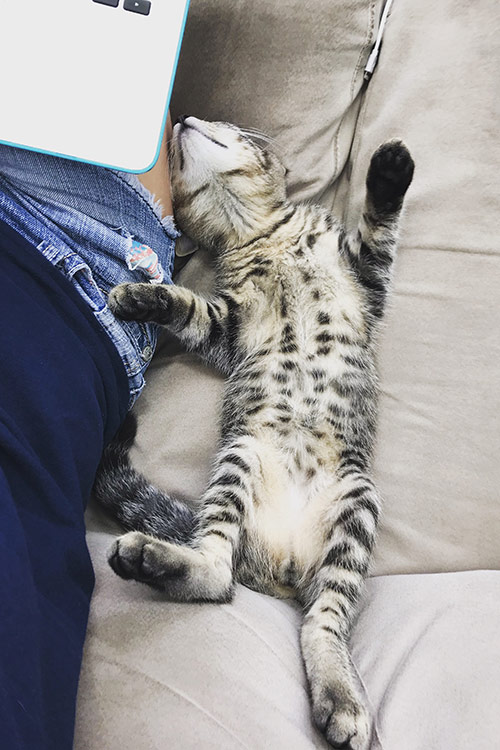 This has also been a reminder and lesson about how much our unconscious energy affects others. I’m still blown away by this experience. Now whenever I notice my cat is acting aggressive, I look at my own energy and get curious about what I might not be aware of within myself.

It would have been so much easier to find this kitten a new home and give him a fresh start — preferably in a household with other playful kittens, but I just couldn’t bear the thought of giving up on him. I cried myself to sleep for weeks at the thought of abandoning this tiny helpless being. In retrospect, I now realize I was also releasing sadness stored in my body from childhood, when I was a helpless tiny being who felt abandoned. I also came to the realization of just how often I give up on myself and it felt amazing to not only be there for him, but to be there for myself as well.

I had initially wanted to name this kitty Apollo after the god of healing and light and somehow he not only healed me by releasing years of emotional baggage I had stuck in my body but also by shining a light on the darkest parts of myself, so they can be brought to the surface and loved.