“Life has no meaning. Each of us has meaning and we bring it to life. It is a waste to be asking the question when you are the answer.” – Joseph Campbell

As young children, many of us dislike who we are. I personally hated so many things about myself and wished I could just be someone else. But through the process of practicing self love and becoming more aware of myself, I’ve realized that many of my perceived weaknesses are actually a gift.

Each of us has come into this earth to bring our own natural gifts to the world. What emerges from us effortlessly does not happen by accident. If you love those things about yourself that you once thought were a weakness, you might be surprised at how those traits become magical superpowers that can help you and others in this life.

Why Your Perceived Weaknesses Might Actually Be A Gift

I used to believe there was something wrong with me.

I never understood why I could easily see other people’s point of view and change my own if it felt like a better fit. Society led me to believe that because so many people held strong to their own ideas and beliefs, that maybe I just wasn’t confident in my own.

But now I see this as a blessing. Why should I hold so tightly to an idea or belief? That just creates resistance when life flows in a different direction. Isn’t it so much easier to allow and go with the flow, just like nature does? Nature doesn’t fight against the wind; it flows with the wind. A river doesn’t fight upstream when it’s being led downstream.

Isn’t that how wars begin? When two opposing forces believe in their ideas so strongly that they are willing to kill other people who disagree?

I used to believe I was too sensitive.

I used to believe I was too sensitive. I hated that I couldn’t hide my feelings and appear strong and detached when I felt afraid or upset. I felt like I had to hide myself because people would know how deeply things affected me. I couldn’t speak about something near and dear to my heart without shedding a tear or utterly sobbing in front of other people.

But now I see this as a gift. Just by being myself and allowing my vulnerability to come through gives other people permission to be vulnerable too. 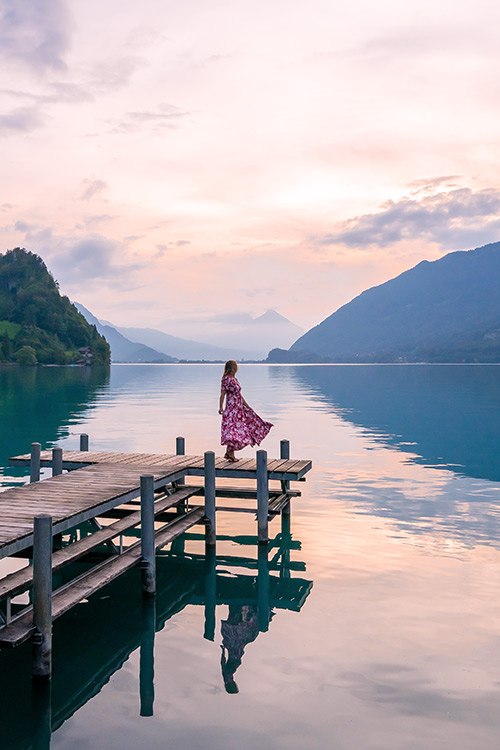 I used to believe I was weak.

I used to believe that I wasn’t strong enough because other people’s energy would affect me and I’d empathize and even feel their pain if they were hurt.

Now I see this as a superpower. I’m sensitive to energy, which means I’m able to trust and follow my intuition which always guides me to exactly where I need to be. My sensitivity to energy allows me to help other people in ways I could never have imagined.

I used to believe I couldn’t commit to anything.

My ideas and wishes would often change like the wind. I worked on multiple projects simultaneously. I liked so many different things and if something no longer felt right, I would try something else that I felt passionate about in the moment — and sometimes those past passions would come back into my life and I would feel inspired by them again.

Now I see this as a gift. I’m in tune with my intuition and the Universal flow of energy. I believe that all ideas are just energy floating around in the collective consciousness, waiting for the right person to allow it to come through them so they can bring it to life in a way that only that particular person can do. Many ideas come through multiple people at once, but each person brings their own magic and personal perspective to that idea based on their own life experiences.